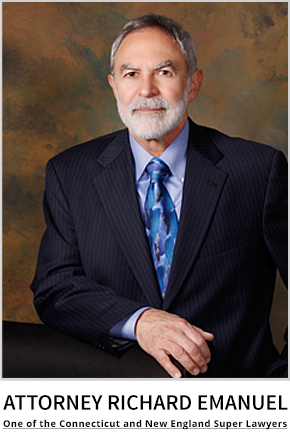 Attorney Emanuel is widely considered one of Connecticut’s most experienced and effective appellate lawyers.

Attorney Emanuel has worked on complex and challenging issues, including state constitutional law, search and seizure, Internet sting operations, child pornography, and the death penalty. He has briefed and argued approximately one hundred fifty appeals in the Connecticut Supreme Court and Connecticut Appellate Court. He has argued appeals in the United States Court of Appeals for the Second Circuit, and is experienced in preparing petitions for writ of certiorari in the United States Supreme Court. He has also authored numerous amicus curiae (“friend of the court”) briefs. For several years, he has been listed annually from 2007 through 2016 in Connecticut and New England “Super Lawyers” in the field of Appellate Law.

“I put the system on trial – by providing individualized service to each client, and by devoting to each case the time and energy required to maximize the opportunity for a successful outcome on appeal.”